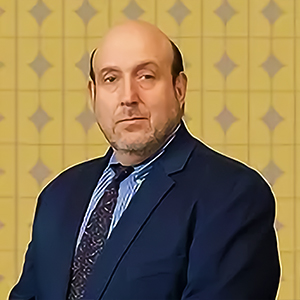 Practice Areas:
Email Larry Jacobs
Larry Jacobs is a problem solver. He was attracted to a career in law and has thrived in this career because of his dedication to helping people. He has represented many of his clients – individuals and companies – for several years, and works hard to honor the trust they have placed in him.

​Larry joined Benson & Case, LLP (Evans Case’s predecessor firm) as a partner in 2005. He is an expert in commercial litigation, family law, real estate and probate. As there is often overlap between areas of the law, Larry cultivates deep knowledge in each of his practice areas, believing it useful in providing superior counsel for his clients.

A second-generation Colorado native who claims he wouldn’t live anywhere else, Larry graduated Phi Beta Kappa from the University of Colorado.

He pursued his law degree at South Texas College of Law in Houston, based on the school’s reputation for trial advocacy and oil and gas law. He received his Juris Doctorate and was admitted to the Texas State Bar in 1981, and to the Colorado Bar the following year.

Early in his career, and prior to his stint in Houston, Larry clerked for Colorado Supreme Court Justice William H. Erickson. After practicing for a time in Houston, he moved back to Colorado during the oil boom of the early 1980s to work for a large independent oil and gas company.

​Larry practiced oil and gas law for a time, and then spent 30 years in private practice sharpening his skills and broadening his focus. He eventually gravitated toward commercial litigation, real estate, probate and family law. He immensely enjoys the satisfaction he gets from helping clients going through difficult times achieve closure and the best outcome possible.

Larry enjoys time with his wife Debbie and their two children. He also enjoys travel and sports, particularly running, with a goal of completing a half marathon.
"Larry Jacobs is the best. He knows his law, excellent in court, and deeply cares about you and your case. If it wasn't for Larry, I don't think we would have won our trial and in the appeals court. I know we will win with the Colorado supreme court too. I wish they had higher ratings for this man.”

View all of our reviews

Evans Case is a full-service Denver Law Firm. With more than 110 years of collective experience we are relentless and compassionate advocates for our clients. The deep legal experience and wisdom of our senior attorneys combined with fresh thinking of younger associates ensure the best possible results in each case. Our attorneys understand that the best outcomes are built on thorough understanding, compassion, and respect.