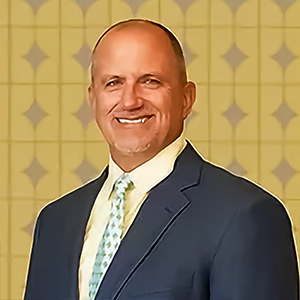 Aaron Evans’ tenacity and sharp problem-solving skills make him a formidable adversary in the courtroom and at the bargaining table. These skills, combined with an easy-going demeanor and highly personal approach to client service, make him an ideal advocate for his clients.

​Aaron attended college at State University of New York at Oswego, where he received a Bachelor of Arts in Spanish and Philosophy in 1993. He continued on to receive his Juris Doctorate from Gonzaga University in Spokane, Washington in 1996. Admitted to the Colorado Bar Association that same year, Aaron initially focused on employment law, joining Thomas Quentin Benson & Associates in 1997. He was part of the original team starting Benson & Case, LLP in 1998 and has been with the firm since. In 2014, Aaron became a managing partner when Thomas Benson retired.

​Aaron became interested in probate and elder law after following the practice of one of his partners at Benson & Case. He was drawn to the idea of working with all people on both sides of an issue to resolve problems and create solutions. Each case is unique, and Aaron finds it extremely rewarding to help his clients deal with loss and work through a difficult time with grace. Many past clients have become his friends.

​His hands-on, personal style extends to his role as managing partner of Evans Case. Having had long time dream to manage a small, community oriented firm, Aaron has worked to continue fostering an environment where all employees and perspectives are valued. The firm has long had a reputation for being accessible, dedicated and compassionate, and Aaron plans to continue enhancing, and living up to, that well-earned position.

​Aaron is an active member in the Colorado Bar Association’s Trust and Estates and Elder Law sections. As Chair of the Statutory Revisions Committee, he worked diligently to enact new laws and interact with the Legislature to learn more about how laws are created.  This understanding of probate code has greatly enhanced his law practice. He also has chaired the Rules and Forms committee and is as a member of the State Probate Audit Task Group. He volunteers his time at the Denver Probate Court Pro Se Volunteer Desk and joins other probate attorneys to answer questions on KUSA’s Law Line 9. He and the firm also support many local nonprofits, including Dolls for Daughters, Southeast Denver Baseball and Race for the Cure.

Outside the office, Aaron enjoys traveling, fishing and spending time with his family, which includes his wife, Melissa, two sons and a daughter.  An avid sports fan, Aaron has coached his kids’ soccer, baseball and basketball teams, and cheers for all of the home teams, including the Broncos, Rapids, Avalanche and Rockies. His love of sports has taken him around the world, including being a spectator at four Winter Olympic Games.  Aaron and his family also own a home in Mexico on the Caribbean, their home is in Mahahual, Mexico, so any extra free time he has he spends at their home in Mexico with his family enjoying the beach and ocean.

"My personal situation was complex and dire and extended to two different jurisdictions.  My attorney, Aaron Evans was well versed in the complexity of the matters and was able to resolve some issues even in another state.  His finesse and people skills prevented the case from going to probate court and instead got the other party to agree to just about every thing I needed.”

View all of our reviews

Evans Case is a full-service Denver Law Firm. With more than 110 years of collective experience we are relentless and compassionate advocates for our clients. The deep legal experience and wisdom of our senior attorneys combined with fresh thinking of younger associates ensure the best possible results in each case. Our attorneys understand that the best outcomes are built on thorough understanding, compassion, and respect.